Marriage Starts Changing you Before Marriage


Having a long-term view supports the ability to delay gratification and invest in the future. Having a short-term view provides no reason for delay and favors immediate gratification. These points are central to understanding marriage and cohabitation, as well as how people manage money. 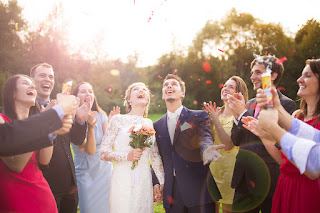 A recent study examines the way financial time-horizons are impacted by relationship transitions, specifically, going from being single to cohabiting and from cohabiting to being married. Barbara Fulda and Philipp Lersch conducted their study using a large data set in Australia, motivated by this question: Is there reason to be concerned about the future financial prospects of aging Australians in a world where marriage is declining and cohabitation is increasing? It’s a good question, and their study is excellent.

Their foundational assumptions were these:

·       People with longer time-horizons about finances will save more for the future.
·       Marriage and cohabitation have implications for time-horizons, and likely impact financial behavior.

In their study, financial planning time-horizon was measured with a question that asked, “In planning your saving and spending, which of the following time periods is most important to you?” The question allowed responses ranging from “The next week” to “More than 10 years ahead,” with many options in between. Importantly, the analyses are not about actual long-term savings. Rather, they examined what happens to this planning variable across relationship transitions, with the plausible argument that changes in financial horizons would reflect something about long-term financial outcomes.

Fulda and Lersch used a variant of what economist and sociologists call (in near worshipful tones) “fixed-effects,” which I believe to be a variant of what psychologists call “within-subjects effects.” Such analyses take advantage of data sets with over-time measurements from the same individuals; in this case, to capture changes from before to after specific transitions. While such analyses do not control for all types of selection (such as who is on this path or that path in the first place), they do control for other aspect of selection. For example, individuals vary in conscientiousness, and that could impact everything of interest here. Even without conscientiousness being measured, the fixed-effects models will control for such variance because of how people are being compared to themselves over time. This gives new meaning to the phrase, “control yourself.” (Researcher humor is the best humor.) Another example of this type of thinking can be found in a paper by Galena Rhoades, myself, and Howard Markman on changes in relationships across the transition into cohabitation (see here). I’ll come back to that.

Fulda and Lersch believe the driver of the observed effects is the development (or establishment) of increased commitment during cohabitation. I think that is likely correct, but I also think the matter and meaning of the timing is more complex.

Early in the discussion of their findings, Fulda and Lersch make an important comment.

These results can be interpreted as extending previous research on the following two distinct groups of cohabiters: Those who intend to marry and those who do not. Poortman and Mills (2012) showed that the first group resembles married couples in their partnership characteristics. In this study, we expand on this finding and show that financial planning horizons of cohabiting couples’ who eventually get married remain stable as a result of their high commitment to their relationship when they transition from cohabitation into marriage.

There are different types of cohabiting unions. Some are like marriage, many are not; some become more like marriages over time, and then turn into marriages. That’s part of why cohabitation is a more ambiguous (and heterogeneous) relationship status than marriage. This is likely somewhat less true in Australia[i] than in the United States. because of a legal system that makes cohabitation more like marriage there. Here in the United States, anyway, cohabitation contains very little information about commitment. Marriage plans, however, contain a lot of information.

Sociologist Susan Brown and colleagues havedrawn attention to the fact that cohabiting couples with plans to marry tend to be, on average, a lot like married couples (see also, this).  In a related vein, but differing in an important way, my colleague Galena Rhoades and I have found that, among couples who end up marrying, those who started cohabiting only after having clear marriage plans (such as after engagement or who move in together only after marrying) tend to do better in marriage than those who had not decided the big question about the future beforehand (for more on those studies, see here). Deciding you want a V8 ahead of time beats “I coulda had a V8” while already holding something else. (Want to take a trip through memory lane on that? Here, knock yourself out. That’s some ancient wisdom right there.)

Furthermore, we have found cohabiting prior to engagement or marriage is associated with asymmetrically committed relationships, and that such asymmetries do not appear to change after marrying. And, as I’ve written before, asymmetrical commitment is not good.

Fulda and Lersch do not, and likely could not, examine a variable that estimates the timing of when couples who married developed their mutual plans to marry. I expect that a lot of the action behind what they found lies there. In addition, while they believe that the development of commitment between partners is the most important mechanism in play, they also do not have a measure of that to analyze. Thus, the measure of financial horizon is sort of doing double duty in their thinking.

Coming back to the study noted earlier by Galena Rhoades, me, and Howard Markman, we found that commitment itself—as in dedication to one’s partner—tends to stop increasing after the transition into cohabitation. It levels off, and not at the particularly high level. Taking these points all together, Fulda and Lersch do not have a way to look at the actual timing of changes in interpersonal commitment, nor can they look at the exact timing of when mutual plans for marriage develop. It would be interesting to look at their research question with access to such measures.

To be clear, I have little doubt that financial planning can change with cohabitation. However, I suspect that Fulda and Lersch’s cohabitation-transition effects are likely, and largely, a proxy for the effect of developing marriage plans before cohabiting or while cohabiting. Either way, the effects Fulda and Lersch are attributing solely to cohabitation seem mostly to be marriage effects occurring before marriage. There is nothing nearly as re-organizing for a relationship as deciding on, and setting plans for, a life together.

I believe marriage effects start long before a couple walks down the aisle. Similar effects can occur without marriage if a mutual and high level of commitment emerges. However, marriage remains the strongest cultural signal encoding such a commitment. [ii] Sure, some institutional effects of marriage will begin with the wedding, but the wedding day typically celebrates changes in commitment that have already occurred.

Fulda and Lersch concluded that concerns about the long-term financial prospects of Australians may be overblown. Bolstering this conclusion is the fact that the laws and mores in Australia make cohabitation a near functional equivalent to marriage. I do believe it is a different deal there compared to the United States. However, there are reasons to think that long-term implications of cohabitation versus marriage may still be substantial for children, even in societies where the two statuses have become close in legal equivalence. This fact was recently documented by Brad Wilcox and Laurie DeRose with a multi-national data set.[iii]

Marriage may eventually lose its status as the strongest signal of commitment to “us with a future,” but I do not think that day has yet arrived. Until marriage disappears, marriage effects will start before marriage.

First published to the blog of the Institute for Family Studies on 4-9-2018.
[i] As an aside, the first scholar to nail the issue of the fundamental ambiguity of cohabitation was Jo Lindsay—an Australian research doing a qualitative study on cohabitation first published in 2000 based on interviews in the early 90s.
[ii] For more on the matter of signals of commitment, I recommend: Rowthorn, R. (2002).  Marriage as a signal.  In A. W. Dnes and R. Rowthorn (Eds.), The Law and Economics of Marriage and Divorce (pp. 132 - 156).  New York: Cambridge University Press.; Nock, S.L.  (2009). The Growing Importance of Marriage in America.  In H. E. Peters and C. M. Kamp Dush (Eds.), Marriage and Family: Perspectives and Complexities (pp. 302-324). New York: Columbia University Press.; Stanley, S. M., Rhoades, G. K., & Whitton, S. W. (2010). Commitment: Functions, formation, and the securing of romantic attachment. Journal of Family Theory and Review, 2, 243-257.
[iii] Wilcox and DeRose found a consistent and seemingly large difference in family stability for children of married versus cohabiting couples in many European countries; countries where cohabitation with children has legal characteristics similar to marriage. The larger story here is constantly unfolding into the future, but such findings suggest that marriage still represents a different commitment to the future than cohabitation.