Thoughts on the Typical Meaning of Predicting Divorce

The researcher who wrote the following tweet has a nice thread on some technical details about difficulties scientists have with prediction of things in humans. It explains one of the major problems in predicting. Clicking on the tweet will take you to the beginning of his thread. 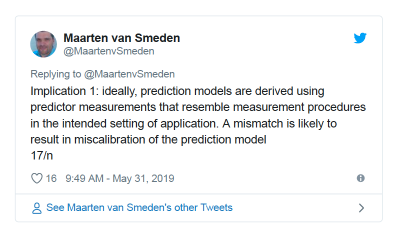 In my field (psychology, studying marriage), much has been made of the ability to “predict” divorce. But, that’s not really what the takeaway of the research on that subject should be.

To start with, when researchers say you can predict divorce with over 90% accuracy, it’s not really prospective prediction. It’s classification after the fact in a given data set. Such models will not perform as well in a new, other data set. For a great article on the technical matters, in this field related to predicting divorce, see this article. 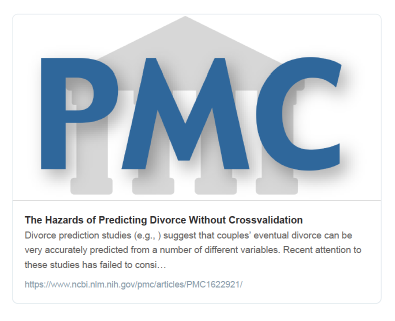 Further, even in those types of studies, there is usually massive measurement, often including objective coding of couple interaction. This is just not something available to anyone in the practice world working with non-study couples.

Many of us in psychology have published these types of studies. A better takeaway from such studies is that they show patterns that are associated with increased odds of problems in the future (and present) of a relationship.

That kind of information is valuable for highlighting risks and working to help couples think about what is possible for them to improve their odds. But, predicting a specific couple is going to make it or not? You can have an empirically-informed guesses but it’s hard to go beyond that.

All that being said, if you want the divorce risk for a couple you are working with, asking a couple questions will tell you pretty much.

How sure are you that you want to be with your partner in the future?

Have you been thinking about or talking about divorce?

Sometimes, just asking directly what you want to know can get you a lot of information.