The Mystery: Why Isn't Living Together Beforehand Associated with Improved Odds in Marriage? 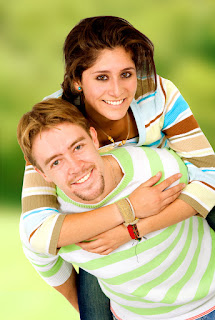 For decades, people have believed that living together should increase their odds of doing well in marriage. The core of this idea is that cohabiting would provide a test of a relationship. This seems logical but, mysteriously, decades of research do not show this benefit. In fact, until recently, the overwhelming majority of studies showed that cohabitation before marriage was associated with poorer odds of stability and happiness in marriage.[i] This has changed; recent studies suggest that the association with higher risk has dissipated or disappeared for some groups.[ii] And while the headlines tend to say there is no longer any risk, that’s misleading and I’ll explain why. Understanding what I describe here can help a person make better, more informed decisions in their relationships.

Let’s start with what the current research shows. For those readers who are either ideologically pro or against the idea of living together before marriage, I am not making any ideological point here. I’m talking about findings.

Among those who cohabited before marriage, people who fit the following categories are likely to have marital outcomes similar to those who did not live together before marriage. That is, those having these characteristics do not show the type of added risks that have been associated over the past few decades with living together before marriage.
That leaves the mystery. Note that the comparison group to which some premarital cohabiters do as well as, not better than (on average) is those who do not cohabit before marriage. How could the widely held belief that cohabiting before marriage actually improves one’s odds have virtually no evidence to support it? (I hedge slightly here because there are a few, rare findings showing this or that group cohabiting and having improved odds.)

There are several explanations for how cohabiting could seem so logical but still not be generally associated with improved odds. I’ll cover the two I think matter most. First, those who cohabited before marriage tend to already be at greater risk in marriage because of other factors, for example: having parents who divorce or never married, having poorer economic resources, less education, and so forth. These are called “selection” factors among researchers. Selection suggests that, for a lot of people, some part of their odds for how their relationships or marriages turn out was already baked in their cake, and an experience like cohabitation may not have altered those odds. There is a lot of evidence that selection is an important part in understanding this mystery I am addressing. The same types of selection factors are associated with greater odds of cohabiting with numerous partners (serially) and cohabiting prior to having clarified plans for a future.

The second explanation is in contrast to what’s baked in the cake. It’s about what you do with your cake after it’s baked. If you like a different metaphor, everyone is dealt a hand of cards, and some people get dealt better hands than others. But no matter what hand you were dealt, it will also matter how you play that hand.

All other things being equal, compared to dating without cohabiting, if two people are sharing one address, they will have a harder time breaking up, even if the relationship has serious weaknesses or problems. That is, cohabitation has more inertia than dating (while not cohabiting). Sure, loads of cohabiters break up—see my last post. But it’s harder to break up if cohabiting than if dating and not sharing an address.

This concept of inertia is based on the fact that many people increase their constraints for staying in a relationship before they have clarified a mutual dedication to being in the relationship.

The idea here is a little scary. We believe that some people marry someone they would not have married if they’d never moved in together. They got inertialized too soon. That’s gets to why we (my colleague Galena Rhoades and I) have predicted and found (over and over again) that couples who wait to cohabit until marriage or until they have clear, mutual plans to marry report, on average, more marital happiness, less conflict, more compatibility, and so forth.iv  Those couples are less likely to be prematurely caught in inertia.

For some individuals who made it harder to break up before deciding on a future with their partner, cohabitation probably decreased their odds of happiness in marriage. To be clear, I am sure that there are many people who move in together before having clarified anything but who do fine in marriage and/or life together. It’s just that the risk is greater in this group than in the other group, and it makes sense why that would be the case.

You may be thinking, “I don’t really believe in marriage anyway, so what’s this got to do with me?” Inertia is important to understand in any relationship. If you are not already in a committed relationship and you’d like to be, the relevant personal questions are these: What things could I avoid that could make it harder for me to break it off with someone before I’m sure I want to be with that person? How would I do that?

I’m a geek. I found this article a few years ago by Marguerite Reardon who nailed the way inertia works—in an article describing her commitment dilemma with her iPhone: Should I break up with my iPhone for Nokia's Lumia 900?

Her piece is a couple years old, so insert the name for some hot Samsung model (really, a super model) into her title.  Here’s a quote from her article.

But sadly now I’m feeling a bit stuck with Apple. I’d like to check out other smartphone platforms, but doing so is going to require some work on my part. Like many who have been sucked into Apple’s clutches, it was innocent in the beginning. . . . Initially, I didn’t realize the commitment I was making. I didn’t think about the fact that I was locking myself into a platform for the rest of my life. But with each new product I bought from Apple, the deeper I fell into the borg. And now I feel like it would be painful to break up with Apple. Not because I love the products or company so much, but because it would be a huge pain in the butt to transfer all my stuff to a new platform.

This is a great definition of what I call iNertia. If you check out her story, she actually goes on to liken the mobile phone dilemma to living together. It’s a fun and insightful piece. Take careful note of this. Most people think readily about inertia related to their mobile plan and being locked in for a year or two. Reardon is addressing a more powerful type of constraint that produces inertia based in the difficulty of moving on because of the depth of what you are already into.

Inertia is really not all that mysterious once people see it clearly. We all experience it in many ways in modern life. But a lot of people think it’s only an issue when it comes to marriage, not cohabitation. It’s actually everywhere.  When it’s time to really commit to someone, it’s worth accepting that commitment requires making a choice to give up other choices. But before that time, too many people give up options before making a real choice.