I flew the other day from Denver to Washington DC for a research meeting. The flight I was on took off 2 hours later than scheduled. Given my flight experiences of late, that’s not all that unusual. What is unusual is the reason why the flight was 2 hours late. Was the previous flight late into Denver? Nope. Was there 24 inches of snow on the ground in Denver? Not this time. 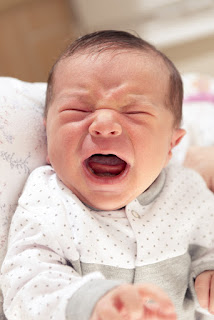 Like all flights there was a flight prior to mine for this plane. On the prior flight, there was an unfortunate incident. Apparently, a certain emetic experience (in “plane” language, means baby ejected the contents of his/her little tummy in flight) occurred to such a degree that it took the airline 2 hours to clean it up. I didn’t witness this. If you are a visual learner and wish to come close to seeing this, here is a video link sent to me by Nancy Gonzalez of the National Council on Family Relations: click here

Like I said, I didn’t see the baby and I was not on that flight. I just waited the 2 hours for the airline to recover from that flight. Why 2 hours? The little rascal was so thorough in his projecting that the airline techs could not merely replace the seat cushions. They had to dismantle the whole row of seats, disassembling them so that they could remove every speck of fabric. This apparently takes a good while because of things like needing to take apart the electronic panel, etc. That’s serious work to accomplish the clean up on aisle 9. By the way, I think the people doing this work deserve and extra helping of stimulus funds.

If your flight is going to be late, this reason sure beats the heck out of something like the flight crew not showing up or the toilets being broken or a passenger seeing the pilot having a drink preflight (I can imagine the flight crew needing a drink post flight, here). An odd thing: While everyone was duly frustrated and didn’t like waiting, there was a kind of resigned acceptance by most of the people who were waiting for the flight. In fact, the passengers were so good natured that the pilot thanked us all, several times, as we got on the plane for the fact that so many of us were not only patient but were smiling as we boarded. (Besides, how quickly, exactly, do you want to get on this plane? You want them to take their time and do a good job. There was also this odd dynamic of playing a group form of Russian roulette. Who knew which row? Was it mine? I am only using aisle 9 as an example but maybe it really was aisle 9!)

My initial, personal, reaction was one of total empathy for the unfortunate parent(s) in charge of said baby. It took me a few minutes longer to shift to empathy for the passengers around the baby on the plane. Sorry, but parental empathy trumped frequent flyer empathy.

There’s a point here somewhere and I’m getting to it now. In the week prior to all this, a colleague published a journal article on the effects of the first child on married couples. This colleague and the lead author on the paper is Brian Doss at Texas A & M, who, using one of our lab’s data sets, did an impeccable job of analyzing and writing up these findings. This is an area of specialty in his research and it’s a particularly fine work that he did. [Brian is now at the University of Miami University.] The paper was co-authored by my colleagues Galena Rhoades, Howard Markman, and me. The paper got A LOT of media attention. Google around a bit and you’ll find some of that.

The major finding of the study is that that there was a rather sudden drop in marital quality (happiness, communication, management of conflict, etc.) around the time of the first birth for the couples having children. That may not be too shocking to those of you who are parents. Interestingly, in the analyses that Brian Doss conducted, we also saw that those couples who did not have children also showed similar declines in marriage quality, but much more gradually over time and not on quite as many variables. But in essence, both groups of couples were taking a journey to a similar place but the couples having a child took a shortcut.

Not surprisingly, the headlines around the study that came out varied from things like “Want to Have a Happy Marriage, Don’t Have Kids” to “Study Shows Transition to Parenthood Puts Strain on Marriages.” I’ll give it to journalists that the first type of headline sounds cool and sells more hits on the web but the second headline is a lot more accurate and does not editorialize.

Back to that little baby. Babies do things like this and it’s most inconvenient. In fact, having children means an endless stream of challenges and surprises and projectile experiences. Many parents wonder if the plane will ever land. If you have children, and you are typical, you may have had some declines in marital happiness that were concentrated around the time of the birth of the first child. But is that all that happened to you?

Maybe there is something more going on. While I like research and data, and really like thinking about how things work, it’s important to realize that researchers are pretty much limited to analyzing things that they measure. As a field, I think social science has missed something when it comes to measuring things that are important about families. Marital happiness is, to be sure, important. It’s measured a lot and in many different ways. But I think there is something else that’s different from marital happiness that could be called family happiness. David Brooks, the New York Times editorialist, wrote about this a few years ago in an a piece featuring some comments about a Leo Tolstoy novella on family happiness. Here is one of the lines from his work, commenting on Tolstoy’s story.

“Tolstoy's story captures the difference between romantic happiness, which is filled with exhilaration and self-fulfillment, and family happiness, built on self-abnegation and sacrifice.” (Brooks, 3-1-2005)

Brooks nailed something that researchers have not really gone after. There is a different, maybe deeper, kind of happiness that some people experience in life; deeper than romantic or marital happiness. Certainly different. It’s something like a contentment that a couple can experience (but might not experience) from building a family together. I know marriage does not work out well for many couples and I also know that marriage or a life together does not even happen now for many people who have a child together. So, not everyone gets in this line or experiences what I’m trying to describe. Yet, I know a lot of couples can relate to this: there can be some loss in one type of happiness that is readily replaced by another.

One can argue that a couple can and should be able to have it all, and should give up nothing in life for any reason. That does not seem too realistic to me. I do not know any of the people on the plane flight prior to mine. However, I like to imagine that both parents were on that flight with their little bundle of expressive joy. Once they complete their treatment for PTSD, I suspect that they will not ever recall that flight as one of the romantic highlights of their life together. On the other hand, even many years from now, I bet you they will smile and feel some weird kind of joy as they remember getting through it.